For Simon Knox the craft of furniture is undoubtedly in the blood. 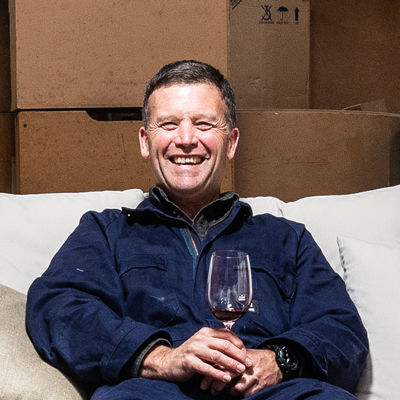 It started back when he was nine working for his father, Peter Knox in the family furniture business, when he “would come back after school and sweep floors and stuff cushions.”

“We shut down on the Thursday,” says Simon. “That night I got a call saying that Hildy would like to meet me on Friday. We met, talked and I was offered a job. I started on Monday.”

“Looking back, perhaps a break for a day or two would have been nice,” he jokes.

He has now been with Kovacs for over 20 years. That Monday back in 1996 he started in the upholstery division before moving onto factory supervision and then to assisting in design development. Now, with his latest move into sales consultancy, he describes himself “the new old guy on the block”.

“I used to be on the road in the 80s, but it was different way back then,” he says. “You went around the country with a chair in the back of the station wagon and a swatch book and that was it. Now there’s a lot more done via email, but you still have to go out and promote, you still need to make the connection.”

Making the connection is a lot easier when you’ve got such comprehensive product knowledge.

“It’s my job to make their job easier. They’re on the front line and if I can help them inspire the customer half my work is done,” he says. “And I can give the right information for their technical questions too – which people need when making such an important decision.”

Simon believes an appreciation for NZ-made craft is often behind this decision.

“When I first came here (to Kovacs) it was somewhat of a production place,” he says. “Then the market changed and we did too – everything became more bespoke and more detailed, with a bigger range. It became more difficult to make, more intricate, more technical. We stepped ahead. But in the wider industry those skills are disappearing.”

“For our customers, who may be reaching middle age, they’ve had the crappy furniture, they’re getting to the point to where they appreciate the quality.”