Meet the star of our latest photo shoot 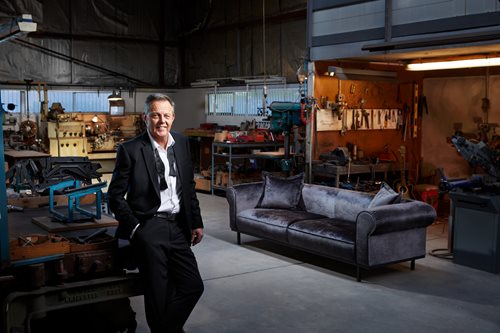 Maybe it’s that he’s used to being on a stage, but for our resident metalworker Steve Minson, being in front of the harsh lights for our recent photography shoot was “good fun”.

“They said I was a natural,” he laughs. “But I’m still waiting on further offers.”

Until the Vogue talent scouts come knocking he’s got plenty on his plate here at Kovacs. His work constructing legs and bases, putting together chair mechanisms and organising dispatch makes him a bit of a go-to man around here.

“When anyone needs a sensible answer, they come to me,” he says, and his longstanding experience is undoubtedly useful at these times. 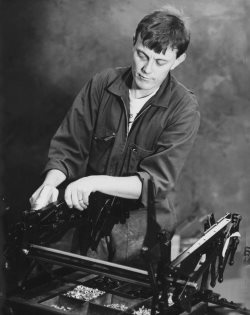 “I’ve been here since the early 90s. Since then I’ve seen a lot of changes, and a few people come and go.”

Despite the changes and occasional seismic upheavals he states that much of what makes Kovacs successful has remained unquestionably consistent.

“The people that are here – they are passionate about it. They want to do an honest days work and they value the support they get here. Hildy is a good person to work for.”

One thing Steve likes in particular with the job is the hours. The team work an extra hour Monday to Thursday so as to have Friday afternoon off. “Having a long weekend every weekend is certainly helpful,” he says.

Ask him for a favourite piece and he’s quick with the response.

“It’s the Groovy,” he says. “I make the steel reinforced arms, and I just like the complete look of it. The style, how it sits, it says it all in the name.”

Perhaps it’s this name that appeals too – Steve plays guitar and sings in a popular local band.

“Years ago I was in an Irish band playing every night, but I gave that up with the young family,” he says. “Now I’m in The Band With No Name and we play parties and social functions in the weekends. We don’t charge – we’re in it for the love.”

Be it as a metalworker, a muso, a model or a mate, Steve’s worth his weight in gold, and we’re proud to have him on the team. 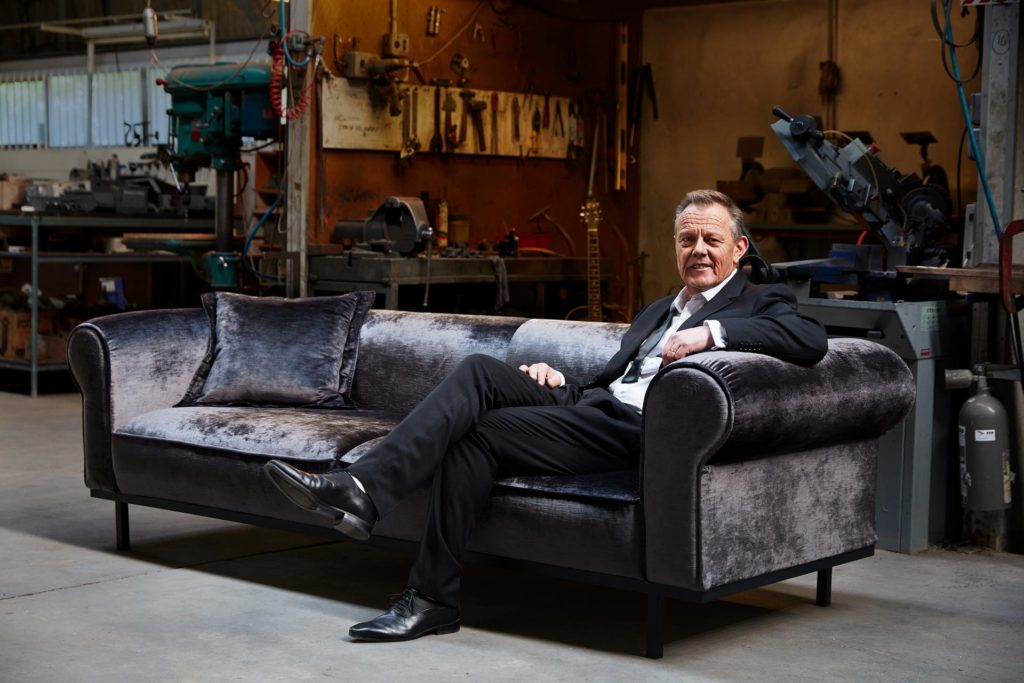